Are Your High Standards Stopping You From Moving Forward?

I’m an artist who hasn’t created a serious artwork in three years. I could blame it on the business of life at the moment- two jobs and a young family. Yet, that’s never really the reason. I’ve had holidays and quiet periods where I had plenty of time to paint.

No, pausing to think about it more clearly, the issue is that my standards are too high. And I think it's a common issue that stops many of us in moving forward into what we’re called to do.

You see, one reason I haven’t been making art is the cost, time and energy I imagine it will take to create what’s in my head that I want to create. My idea of an art work is something impressive, large and complex.

I also have been waiting for inspiration. To start, I’m looking for an idea worthy of the effort. Why am I thinking like this? Could I not start with a sketch? Couldn’t I find an hour to create an artwork based on something in my garden? Do I really need the best idea to come before I can do something?

It’s the same with my writing. A few years ago I was writing a blog every week. It would often come to the end of the week, I was tired, I was laking inspiration, but I still wrote something and put it out there. Now, I am lucky to write five times a year. I’ve been thinking about my best posts and waiting until I feel I’m ready to meet that standard before I’ll try again.

Yet I’m forgetting something. The best things I’ve done in my life have happened when I’ve just got started and done what I can at the time. They happened in the midst of creating lots of average stuff. The good emerged as I began. As I worked on it. I wonder if it’s a common place we can all arrive at.

The complexity of what we imagine it will take to achieve something we hope for prevents us from ever getting underway. Ever.

The tragedy is that we can miss out on so much by never starting. It’s the lessons along the way. The average attempts that build up into something more special.

So lower the bar a bit. Go with the so-so idea and make the most of it. Don’t let comparison to your past or what others are doing prevent you from beginning.

We don’t see what others went through to get to where they are now. In the other things I have been doing, I’ve noticed that it’s the little each day that has added up over time. You’ve got to enjoy the process. It’s about redefining success- moving it away from being based on the outcome but more about enjoying the little steps we can enjoy each day.

Maybe I don’t need to be creating serious artworks. Perhaps it’s okay to be content with just making some not so serious ones for a while and to see where that leads. What do you think? 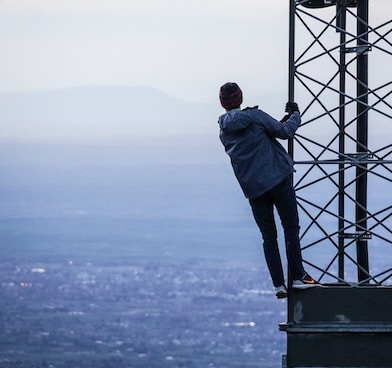