An angel appeared at my door last night

Tom - Do you ever suspect there's more going on in the background of your life?

Have you ever suspected that a seemingly ordinary event in your life has greater significance?

That was the feeling I had last night when a friend knocked on my front door. The kids weren't quite in bed and the youngest was crying for another drink, when a faint double knock was heard over the chaos. Unsure if it was just one of the kids kicking at the walls, I checked the door just in case.

And there he was. My friend Mark greeted me with his boy-like grin and handed me a shoe box. "They didn't fit me,"  he said. "You're my size- they're yours if you want them." I gratefully took them and said goodnight.

Any runner will understand, being given a new pair of shoes for free is amazing enough. But there's something more to the story. Something was going on in the background that my friend didn't know about.

Last year I was in my eleventh year of doing a job that had never quite suited me. I had given it my best shot and tried many positions within the job, but I still felt like a kangaroo trying to surf waves with dolphins.

But during my eleventh year in this ill-fitting job, I had two separate occasions where two separate people said two very similar things to me.

While praying with me at church, they each told me that they had a sense that I was going to soon find a role that would suit me. Then they each, one earlier in the year and one later, used the same metaphor. They saw it like taking off an old pair of shoes that never quite fit right and putting on a new pair that felt like they were made for me.

It was encouraging the first time, and made me take a bit more notice the second time,  but since they both knew I liked to run, I thought it wasn't such an unusual coincidence. But still, it sounded hopeful, so I waited to see what would pan out.

A long story short, at the end of last year, I was offered a role at my church as an online pastor. I didn't think I was interested initially, but then a few ideas came to me and I went back with a vision for how it could look. It was received warmly, I took leave from my job and have now just begun in my new role.

Which brings me back to Mark at the door. The pair of shoes he gave me were labelled [brand name] 1080.

1080 was the working name for the online church I am in the process of starting.

1080 degrees- three times 360 degrees, or three circles- this was the vision I had. An online church with three key components operating throughout the week to bring wholeness in people's lives. Available 24/7 or 10,080 minutes per week. Challenging a people to make a 180 degree turn back to God.

We'll have to wait and see. 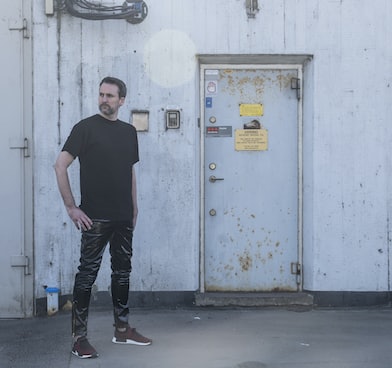 haven: church for people who don't go to church